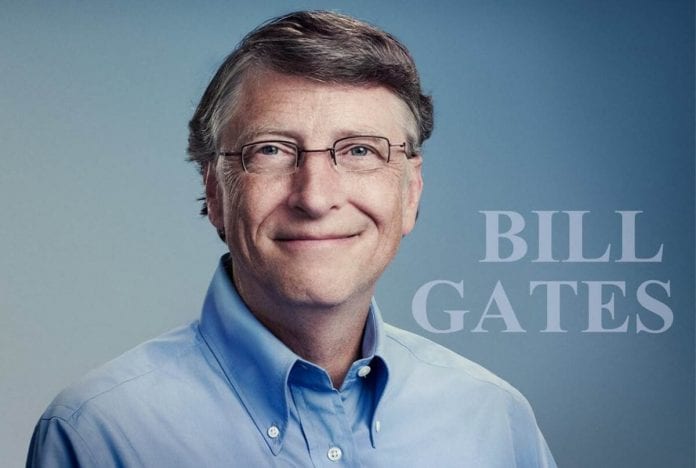 Bill Gates is an American entrepreneur, programmer, investor and philanthropist. He and Paul Allen co-founded Microsoft which is the #1 software company in the world. In 2015 their revenue was $110.4 billion. Bill Gates is the second richest man on earth with a net worth of $100.6 billion. He was the CEO of Microsoft until January 2000, currently he is the Technology Advisor to CEO Satya Nadella. He focuses a lot of his time on the Bill & Melinda Gates Foundation, that is why he has taken a less demanding role at Microsoft so that he can focus more on philanthropy.

Bill Gates was born in Seattle, Washington on the 28th of October 1955. His father is William H. Gates Sr and his mother is Mary Maxwell Gates. He has one older sister Kristi Gates and one younger sister Libby Gates. At the age of 13 he enrolled in Lakeside School a private preparatory school. While at that school he took an interest in programming the General Electric system in BASIC and was excused from classes to pursue his interest.

He built his first computer program on the General Electric machine. Gates met Paul Allen at the school and they worked together to find bugs in the PDP-10 system belonging to Computer Center Corporation. Gates, Paul and two other students wrote a payroll program for Information Sciences in exchange for computer time and royalties. After that it lead on to his school becoming fully aware of his programming skills, he created a program to schedule students in classes.

At the age of 17 he and Paul started a venture called Traf-O-Data, to make traffic counters based on Intel 8008 processors. Gates graduated from Lakeside School in 1973 and was a National Merit Scholar, he scored 1590 out of 1600 on the SAT. He enrolled at Harvard College in the autumn of 1973 where he met Steve Ballmer. Gates did not have a study plan at Harvard but spent a lot of time using the computers. In 1974 he joined Paul Allen at Honeywell. In 1975 the MITS Altair 8800 based on Intel’s 8080 CPU was released. Bill and Paul saw this as an opportunity to start their own software company.

In 1975 Gates read an article in the January of Popular Electronics that demonstrated the Altair 8800, Gates contacted MITS, the creators of the new microcomputer, to inform them that he and others were working on a BASIC interpreter for the platform. Gates and Allen did not have any written code, they wanted to gauge the interest of MITS. They met with the MITS president and had developed an Altair emulator within few weeks to demonstrate on a minicomputer and then the BASIC interpreter. The demonstration was a success which lead onto a deal with MITS to distribute the interpreter as Altair BASIC. Paul Allen was hired into MITS and Gates took a leave of absence from Harvard to work with Allen in November 1975. They named their partnership Micro-Soft, a year later the hyphen was dropped, and on 26th of November 1976 the trade name Microsoft was registered.

IBM approached Microsoft to write a BASIC interpreter for the new IBM PC, Gates referred them to Digital Research as they required an operating system, but the discussions did not go well. So IBM representatives spoke with Gates around the discussions and he proposed using 86-DOS owned by SCP, an operating system similar to hardware similar to the PC. Microsoft made a deal with SCP to become the exclusive licensing agent, and later the full owner of 86-DOS. After adapting the operating system for the PC, Microsoft delivered it to IBM as PC DOS in exchange for a one time fee of $50,000.

The sales of MS-DOS made Microsoft a major player in the industry. Despite IBM’s name on the operating system on the operating system, the press quickly identified Microsoft as being very influential on the new computer. The computer was called by an expert in the industry as “Gates computer”. The company was restructured on the 25th of June 1981, Gates become the president and board chairman.

Microsoft launched its first retail version of Microsoft Windows on 20th November 1985 and struck a deal with IBM to develop a separate operating system called OS/2. IBM & Microsoft developed the first version of the new system successfully, but their partnership deteriorated due to creative differences.

Microsoft has been growing ever since. The software and hardware products have been expanding from Windows OS, Microsoft Office Suites, Office 365, Xbox, Bing, Hotmail, the list goes on. It all began with the first idea, and then they built upon that.

Since 1975 Microsoft has had a domination over the software market, Windows software is used in most companies. They have consistently kept up with the pace of change and that is why they remain the #1 software company in the world.

Gates started his foundation the William H. Gates Foundation in 1994 by selling some of his shares in Microsoft, he was inspired by the work of Andrew Carnegie and John D. Rockefeller, in 2000 he and his wife merged the three family foundations to create the Bill & Melinda Gates Foundation, their foundation is the worlds wealthiest, with assets valued at more than $34.6 billion. As of 2007 Bill and Melinda Gates were the second most generous philanthropists in America, having given over $28 billion to charity.

Bill Gates loves to read books, he is an avid reader, on his personal blog gatesnotes he has over 150 book recommendations. As a kid he loved to read and self-education is one of the traits of successful people.

Gates did not build the first OS that IBM used, he bought the licensing rights from SCP and then continued to build upon that to create the company that Microsoft is today.

You don’t have to create something new, you can take a product and improve upon it so that it is excellent.

Do something that you are passionate about, Bill Gates loves computers. So find your passion and start a venture around that.

I hope his story inspires you to reach for the stars, nothing is impossible to achieve. Do not look at Bill Gates as if he is superhuman, he is just a man who worked smart and worked extremely hard to get to where he is. He is an example of what one can achieve with the right mindset, team, tools, resourcefulness, vision and entrepreneurial spirit. May you have the courage to start your journey and persist until you get to where you want to be.

“As we look ahead into the next century, leaders will be those who empower others.” 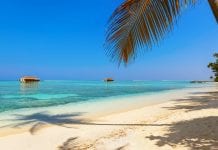